How does the GPS self-calibration work? 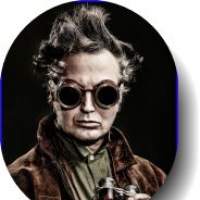 johnk5mo
May 2022 in Configuration and Operation

Using the discussion of GPS antennas found here from a couple years ago (thanks Chris!) I moved my GPS pucks about 3' from where they were, and went from 0 fixes, to 30/min, which is great. While I was all set to do elaborate fixes to solve the GPS reception issue, 5 minutes of experimentation showed that would have been a great waste of time. Merely moving them around in the shack helped a lot.

What pointed me to this problem was the frequencies posted to wsprnet of my WSPR decodes, which were always a bit off what all others were reporting.

Now that I have a steady stream of GPS fixes, can someone describe how and when the Kiwi makes use of the GPS data to calibrate itself frequency-wise?

* Does it do a calibration based on GPS data on the fly?

* Does it require a reboot to act on the GPS data?

* How often does it calibrate itself?

Thanks for any input